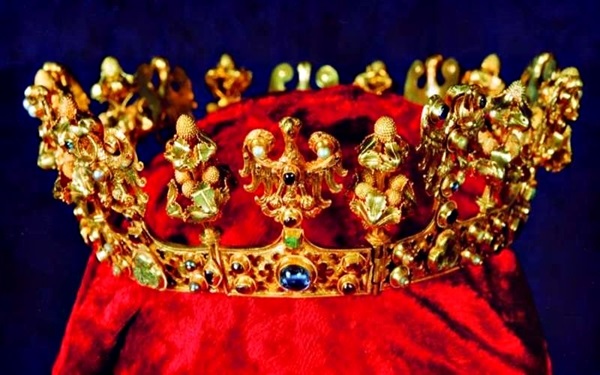 The adolescents and especially young men are more and more looking for some values like social justice and the meaning of life.

Please, let be translated the German Christmas letter into many languages and handed over to the right places, if it is possible for you.

Again I would not like to fail to give you and people like you a lesson at the end of year especially at Christmas time.

Certainly it is easy to recognize, that life and earth hits back in accordance with the situation, from which was made to a big part a large and dirty pleasure park at the end of time.

That affects also the children and especially the adolescents more often, so that many ones unconsciously cannot recognize any perspectives for that reason, which show a lack of meaning of life.

The daily routine and high pressure on the labour market does not leave room for abandon the very dangerous life circuit of the corresponding and individual persons, whose compulsory have surrounded themselves with High-Tech and in the case of a physical or intellectual collapse will be connected directly to High-Tech, which these ones often have been operated indirectly before.

Not only High-Tech but also chemicals, in other words medicine, especially the psychotropic drugs as well as drugs, alcohol and cigarettes tie down the individual to a circuit, from that is very hard to come to light, as it is generally known.

The following question is very simple but unmistakable:

How can the individual person get out of these circuits and who does decide, which person has taken into whichever circuits and at which point of time and also when would the person be able to get out?

First of all person oneself normally decides in which circuits one will go.

This does happen by taking out a loan for example, so that the person sits in a debt trap and has tied down to a place of work, which the respective person leaves no room for independent action and conscientious decisions, since the profit has the highest priority of every big entrepreneur, especially because there is to make a lot of money.

Nevertheless middle-class companies often battle for financial survival against the large combines, too and in such a way also one demands from the respective employees, that they must not lose this battle and therefore come about down-and-dirty and reckless decisions, which will burden especially the environment, one own health, the health of others and first and last the health of coming generations.

The spirit of time does not allow the person of today any pure and clear freedom of decision, since too often the formation of a partnership and the foundation of a family is bound to measures of social ideas and therefore the status and standard of living are dictated.

Very few people are able to do what they want to do with their own health, what however no more applies to the general public, what is more than destructive and most dubiously.

Too, more and more non-qualified individual people are able to command health of people in this fast moving time and therefore they command living quality of other persons or groups by making consequential decisions. This does not always take place officially but more frequently stealthy, especially because the competition increases more and more in private and professional field.

The stress-related working life requires decisions and successful transactions or sufficiently contracts from the individual also it mostly requires too much additional working time and energy by what the respective person age prematurely and lose his age-appropriate appearance.

Also people in a debt trap must limit their time too strongly for the necessary care of the relationship or family, so that the private life runs on the brink and the person more and more is pushed into the high technical direction, till these ones are firmly bound to the technique by a apoplectic stroke, a heart attack or similar „ manager illnesses".

Much too soon and much too often it hits men in best age, these then will not anymore be able to get out from the work environment to can realign themselves well-timed.

If one is in a danger circuit or surrounds oneself with it, it becomes more and more difficult to get out.

This is valid especially for young people of other danger circuits, who got into dependence by drugs and alcohol.

Not very seldom the adolescents get into these high circuits by missing models of all social classes and especially by lacks in father love, what was kept back the adolescent already as a child by the mentioned reasons or the father was completely missing, so many ones leave the "realities-relating" of today until they cannot find out from these circuits any more.

This „go to ground" into another perception has increased by the lack of prospects on the entire labour market, too.

Nobody of the present allegedly powerful ones is able or ready to disturb or end these devil circuits, because these ones basically do not be far-seeing anymore and do not want to do it, because they feel secure by their position and see no need for themselves and their families, since they are protected financially against emergency, what it is to be hoped will change fast and fundamentally by the demonstrated reality.

However nobody gets around High-Tech even anymore!

So the order of an exceptional urgency of high degree stressed persons in forced situations must be recognized and this danger must be magnetized in time, so that these persons still remain authorized to be able to free the next person groups from their forced situations.

Meant is in other words, that nobody must be financially blackmail-able and therefore the stress slowly but surely must be “go down” in professional life, when the banking houses will make no demands on the debtors but then these high debts must be transfer into social debts.

That also comes about when the liquid assets and/or foodstuffs become strictly divided, so that a shoemaker gets exactly the same average value for his living like a large entrepreneur for example.

The same is meant for an African, who gets the same funds for the living as for example a Chinese or an American.

Nevertheless, too at this turning point of life nobody must be blackmail-able by other persons but must be based on the reality and on the authorities to can get single handed to the offered protection, in order that other ones can be protected again, because the protection is intended for persons by every person.

In other words, nobody can take something along, if he „ has to go" at the end of time and therefore every personal grift/ possession and every personal grift/ capital loses its value for the individual at the transitional period, because a reorientation and a rethinking of the societies must take place in order to secure the survival of mankind.

If in working life by the raised services for the high degree stressed employee or employer is any advantages and disadvantages recognizable, it will leave everybody to control ones working speed oneself, since a dismissal on the mentioned grounds of these arrangements may not be legally binding and must be peer reviewed in case of need!

If somebody has time again, energy and interest in his direct area, even then he can help those ones from the circuits, whose daily must themselves full- boom with drugs and alcohol in order to survive the day.

Also these ones, the must themselves full-pump with medicine in order to make the next day, have a right of aid from the dependants, which skived off far from home or from the parent house normally for egoistic reasons.

Especially also persons, they already have lost their nerves and are at prison for this reason, have earned a second chance by social commitment opposite the next one, since daily many crimes happen but many delinquents are not punished and their crimes are unatoned up to now.

Now the whole writing in short headwords for the ones, which have no time for reading.

The stress way out at the workplace:

Individual rulers, millionaires and billionaires confront directly with the reality.

Worldwide let be reduced the bank accounts to a limit and then "go down" slowly to the allowed sum.

Let open a possible short-acting entrance into the „stress world".

Work out concepts of the respective entrepreneur groups ...........look for solutions, so that the basic services are secured for all together worldwide.

Everybody gets the same funds at the transitional period for survival. Many ones will have to be fed with pet food or sludge cake, because each one did not pay his social debts and these debts are anymore differently payable as from today.

If one notices the menus of a well middle class restaurant  in 2011/ 2016, one should have the lexicon and the definitive book at the hand in order to understand why for example one should order a dish like Alpha or Omega, a symphony van Beethoven or otherwise such at all a cracked nonsense, while one must also pronounce this kind of designation for the order!

Please, suppress this sick nonsense and point out the landlord as a visitor, that every dish is not a composition but a combination of foods, which must fit in taste together.

The foods and dishes have already a homogeneous designation and one does not need to order immediately the „Four Seasons" in such a way, if simultaneously other ones do not know, whether they only may eat them fill the next day, you Super fat men, you!

Yours faithfully and on behalf of