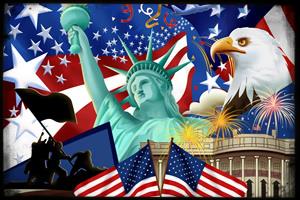 The German language document you may find here!

Abortion / Order of your Empress CC

Say what you will about the current US President D. T., but one thing is quite certain:

Dear Dignitaries of the Protestant Church!

Some of you may be in a position to know what letter you can now expect following the letter last addressed to you, which is now actually being sent to you.

Enclosed you will find an older letter from your Empress, which deals with a subject which is now given to you for your own future and security.

As you will hopefully have understood in the meantime, your Church, especially through its generosity and permissiveness, has wanted to bring the Roman Catholic Church directly into quite considerable conflict situations and that in many respects.

Please check these two parallels, one church and the other, and please also check the attitude of a clergyman who had it twice to three times as hard just by your existence as an institution of the church and who should nevertheless pay double and triple for it at some point, especially what will probably concern the Holy See.

You have wanted to break all the taboos of the Roman Catholic Church and have not even stopped at permitting abortion, although you will not even be clear about your own profession, yet you want to dispose of an unborn life.

This also applies to all manipulations in the genetic material of the whole of Creation, even if it should irritate many a scientist for understandable reasons.

Now you have women as pastors and bishops at the altar; that is what a modern church demands, it demands emancipation! ?

As pioneer woman of your rank your Empress has already written to her personally and it is precisely this lady who is hereby put in charge of the entire development of the very strictly forbidden abortion, with all these emancipated women worldwide being subordinated to this order to prevent and forbid all abortions.

Last but not least, emancipated women in the higher sense are not entirely blameless in the fact that the number of miscarriages has increased, even though many will deny this claim.

Your Empress claims that emancipation is always creating new puppets through role reversal and that sex hormones may become more unstable as a result and many other hormones as well.

The execution of the said order is your very personal safeguard as worldly dignitaries.

The damage that you as worldly ones have also caused, whether consciously or unconsciously, can be partially repaired in this way; the other part will have to be taken over by people who will have to fearlessly face some arrivals and expectations in order to settle the unpaid bill that will surely come up soon, or what did you think?

So it has come to pass in our time, when man already wants to do business with ignorance and all the values that our ancestors possessed by bearing their own crosses, the modern superman is now unwilling to protect and bear these values.*

Some of you will no doubt now declare that they do not need to be lectured in this form and will no longer put up with such and similar letters in this way; such impertinence and imputations!

Our Lord and Creator must also put up with your insolence and not only yours.

Not only the Protestant Church is addressed, but also the Anglican Church as well as the whole free USA is primarily affected and will need special attention so that you and your kind will get through life of which you seem to know or have known very little.

Of course India, China, South America, the CIS and all other continents are also to be informed by the enclosed letter!

There is an excuse for a development into emancipation, because women nowadays do indeed generally bear the heavier burdens and the responsibility also for the children.

The top of humanity is not least responsible for this; it is the true clergy and the man in the house!